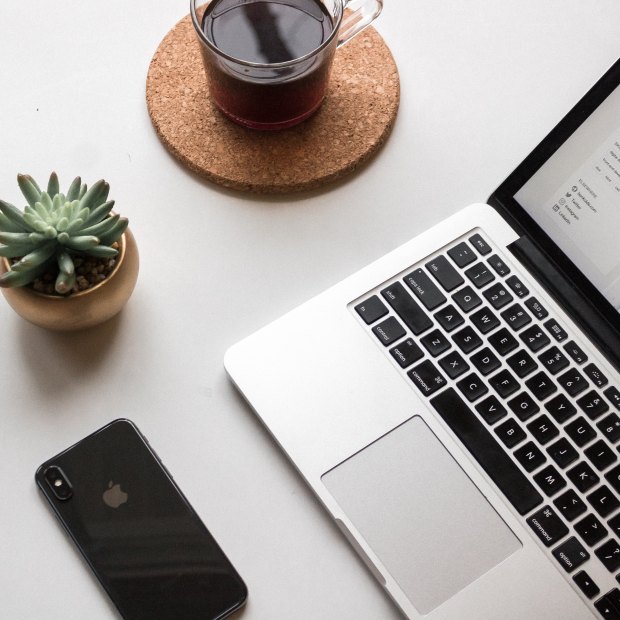 Before I got my iPhone X, I never really saw the value in wireless charging. I mean, is it really “wireless” if you’re still tied to a charging pad that requires a wire, and how is having to leave your phone on a charging pad any better than having the wire plugged directly into your phone? At least with a charging cable, I can still use the phone in my hand.

And yet, as I write this, I’m more than giddy about having just received my FOURTH Qi charger in the mail.

If you’re not that concerned about fast charging, what wireless charging does offer is simplicity. There’s no fiddling with cables and ports. You drop your Qi-enabled device on the charger, and it charges.

I first hopped on the wireless charging bandwagon by putting an Anker Qi charging pad behind my bed. My habit of dragging a lightning cable into my bed to facilitate late night browsing always seemed a bit unsafe, but getting back out of my bed to charge my phone never seems that appealing once I’m in it. Putting a charging pad behind my bed allowed me to charge my phone without fear of being choked by a lightning cable. It turns out this particular location was also perfect for charging my Kindle, which I added wireless charging to shortly after.

My next round of Qi chargers replaced my beloved Fuz Everdocks – one on my nightstand and the other at my desk at work. (Note: The Everdock is probably one of the few tech accessories that has stood the test of time, my two having been with me since my very first iPhone[4]. They don’t make them anymore, and I couldn’t possibly throw them out, so they’re being relocated to other places in the house.) The beauty of Qi charging docks is that, like the Everdock, they don’t care what phone you have as long as it supports Qi. Unlike the Everdocks though they don’t have the friction of having to align ports. If you’re curious, these are the ones I picked up.

And this brings me to my most recent purchase, which is the real game changer in my opinion.

The layout of my home means the most logical way to arrange my living room is to float the sofa in the middle of the room. Not having your sofa against a wall means missing out on the obvious lifehack of hiding a charging cable in your sofa. Instead, my solution up until now has been to run my Macbook Pro’s USB-C charger across the floor with a USB-C to Lightning adapter. It’s not only unsightly, but it’s a tripping hazard which I tend to fall victim to almost weekly.

My living room is also the entrance to my house, so I always felt that the landing zone cabinet between the front door and tv would be a perfect spot for a charger, and now there will be one. This isn’t just any charging pad though. It’s also a wireless charging battery pack, which means instead of dragging a cable across the floor to my sofa to charge my phone, now I can simply bring the battery pack. It was the priciest of all my chargers, but for something that sits out on display, I’d rather have it look nice. You can find it here.

Whenever people talked about the future of wireless charging, the world was going to be full of chargers – charging tables in restaurants, charging consoles in cars, charging bags, etc. For a while, this seemed like a far-fetched dream, but as I look around my house, that dream might not be as far off as I thought.

The last place to switch to wireless charging is my car. The vent mounts I’ve found haven’t been compelling enough to replace my trusty Kenu Airframe, but thankfully that wait is nearly over as Kenu has announced their Qi-enabled Airframes.

What do you think about wireless charging? Love it? Hate it?

Photo by Ben Kolde on Unsplash

2 thoughts on “Making the Switch to Wireless Charging”

In many ways 2020 wasn't the year I envisioned. Things we hoped to do didn't get done. We didn't end up getting married #thanksCOVID. I didn't read the number of books I planned to read, and I still haven't painting the kitchen cabinets... #next year.
Merry Christmas from our zoo to yours. #winniethegsp #renotheenglishpointer #meowmeowthecat
Happy Thanksgiving. 🦃 #renotheenglishpointer
4 years ago, despite not feeling all that great, I managed to get myself to the polls and vote just as I had in every other election I’ve been able to. I was proud to share this sticker as always, and even more proud to vote.
Couldn’t have asked for a better day out on the boat to celebrate the other half checking off the last class needed for his degree. Congrats @thehollowtruths 🥳
5 years ago, you invited me to the beach with you on a whim. We weren't even dating yet, but you surprised me with breakfast and a mimosa when I woke up. It was the first of many surprisingly unexpected moments with you, and the first of many more beach weekends that summer, including one that resulted in us getting stuck outside for most of the night, which ended in us watching fireworks over the bay. It was a scene that could have been straight out of a movie. It's only fitting that your proposal a year ago was also at the beach and out of a movie.